I asked my sister to help me run an errand last week out of pure laziness. When I got back from work, I was pleasantly surprised with my package having been picked up and dinner ready.

There is nothing quite as satisfying as asking something of someone and having them exceed all expectations you had for them. Rarely does this happen, but when it does–it’s a glorious day.

More than anything it seems like we’re easily annoyed by all the little things. When your significant other is late for dinner, when your roommate eats your last pizza pocket, when someone doesn’t clean up after themselves around the house–when they aren’t really “listening” to the things you have to say. Being with others in general is not only a constant state of change but also filled with what feels like many unfulfilled expectations.

In moments of temporary resentment we resort to criticizing as an immediate response. Lucky for us, there are “new and improved” ways to respond to these situations with family and friends.

Acknowledge it. Move on.

Sometimes life happens and the trade off between being resentful and letting go–letting go is just freeing oneself of disappointment. Do whatever works for you. This isn’t a lesson of calming exercises as much as it is realizing real life experiences of upset and anger. It’s a human tendency to dwell on feelings of hurt and disappointment. Prolonged resentment is what makes our lives at home seem dissatisfying at times. This is one of the few cases where over-thinking benefits no one as it prolongs pain and damages relationships.

The times we want to nag roommates or family to do certain chores–criticize them for their lazy choices–realize it isn’t going to prompt anyone to take initiative next time around. It isn’t often that negative emotions, extreme or not, inspire others to make changes–let alone fulfill unmet expectations.

Have empathy for the person you want to criticize. Chances are you’ve neglected promises to do house chores as well. Rationalize the situation without using accusations and demanding language to create a defensive atmosphere. In this way, we get the point across without harboring resentment. Of course this takes much more control on our part but the results are certainly worth it. I’m sure you’d feel much more inclined to help someone who got their point across without demanding that you HAVE to do something but by using more appreciative words.

I’ve always been quick to bring up the weather in conversations and despise myself for it. I never quite understood why so many of us do it. All those times we’ve found ourselves stuck on the train with someone we haven’t spoken to in months: “I hope there isn’t going to be this much rain on the weekend!” Blame it on living in Vancouver if you must.

As soon as I bring up the weather topic in a conversation, I feel slightly uncomfortable. As if commenting on the rain will be the death of the conversation. There must be better things to talk about.

Maybe we can think of it this way – we too often worry that anything else we bring up in conversation won’t interest the other person.

Sure it’s not common for us to know too much personal information about our co-workers and acquaintances – but does that make it a bad thing to ask? Since when did asking how their parents are doing become classified as digging too far into uncommon territory?

Not that I’m particularly preaching upon the fact that technology is making people extremely disconnected or whatnot. Certainly communicating through technological mediums did not suddenly make all of us decide that our only common denominator comes in the form of discussing the rain and how many umbrellas have been flipped.

If you’re thinking this is about whether we’re being pessimistic or optimistic judging from whether the conversation is based around the rain or sunshine, you’d be wrong. Just because you sounded excited when mentioning the sunny weather doesn’t dilute the fact that you refused to make some sort of social connection.

You might think that all the talk about the depressing rain is getting you down but maybe it’s just refraining from a social connection that’s hurting  your personal well-being more.

Mind you, it doesn’t always have to be an ongoing meaningful conversation or so to speak. What really matters is that talking about the weather or whatever your go-to topic of conversation is – stops becoming a repetitive fallback when you feel like there is nothing left in common. And hey, if you’re not a meteorologist or just someone that religiously refreshes the weather application on their phone every 5 minutes, I don’t see why the topic of weather should really extent beyond a minute at most.

Stop being lazy and make a bit more of an effort tomorrow morning. Sure most days we wake up and it’s raining. Sure the commute to work is long and treacherous. Sure you feel just a little bit irritated when someone tries to start a conversation with you while your socks are wet. But who is to say it won’t be worth it if you’ve never tried?

So Vancouver, here’s my challenge to you: The next time you feel a sudden urge to throw out a line about the weather, mention something more fun. Like seriously. 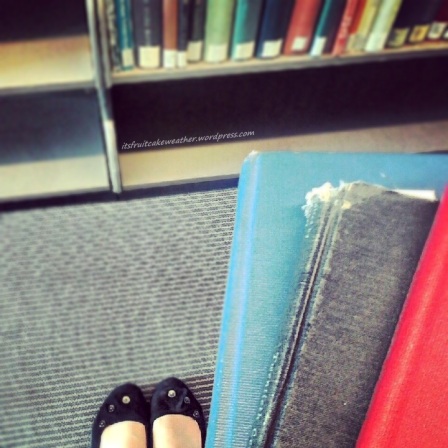 The cash registers at school supplies stores around the country are singing “it’s the most wonderful time of the year!” as school is due to start in just about 2 weeks. Whether you are heading back to school or helping someone prepare, here are some of my suggestions: 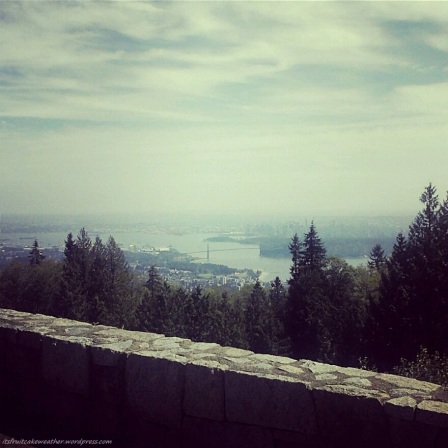 Have you ever tried to help someone that refused to accept your assistance? It seems to be in our good nature to be drawn into counselling those around us that are down and help them see optimism. As much as logic tells you that it wouldn’t make sense for them to decline your helping hand, it is more than common that those you offer help to refuse it. If you’re someone that loves a “quick-fix”, the learning curve for you may be steeper when they don’t want your “fix-it” personality.

We never want to let it go though. We don’t want to feel like we’ve given up on them before trying to help.

The missing piece of the puzzle is for the other person to want help and at no point can we force upon them our own beliefs no matter how right we think we are. Admitting to having problems is upsetting but change can be horrifying. Before you feel utterly disappointed in them for not realizing they need help, understand that we all like to think we are capable of managing our own problems (before it gets out of hand and desperation ensues). Once we become obsessed with idea of being at the bottom of the well, we don’t bother to figure out where the light is coming from at the opening –let alone build motivation to get out.

While there is no “quick-fix” answer to helping those that don’t want your help… there are certainly things you could avoid saying to those in a panicked/anxious state of being:

When you’re trying to help the  person that doesn’t want your help, they don’t see it as a favor, in fact, they may become defensive as if you are accusing them of living their life wrong. For those of you that want to help and be there for others: When at first you give suggestions and then push them to heal they may become stubborn and overreact… you can let them know you care but sometimes they need to realize their problems on their own.

Frustrating as it is –you can’t help someone that won’t let you help. Don’t be angry.

You’re miserable. You claim that today is just “one of those days”.

On occasion you feel like you’ve reached a dead-end. Just you and your sad desk lunch at work –day-in, day-out. There you are loving the city you live in, but it’s producing bills you can’t afford. You’re thankful for the fact that you aren’t unemployed, but your current job is taking you nowhere. You’re frustrated but you stay put.

What do you blame? The circumstances? The economy? How about yourself?

Blaming yourself is perhaps the worst. While it seems to be appealing as a result of having no physical demands –it drains you. Mentally you’ve all been programmed by social norms to take disappointment hard and reflect on mistakes. Emotionally you want reassurance that you’re headed the right direction. It’s one thing to reflect upon mistakes but another to dwell on bad memories.

The self-inflicted pain needs to stop before anything else. You don’t have to look for something to blame. Certainly not yourself. Because in reality, does it really matter so much how your circumstances came to be when your misery is being prolonged?

So if you’re having “one of those days” consider this the sign you’ve been looking for. I hear your distress and want to help make your day better.

So be honest with yourself. Having “one of those days” is for your recovery, not mulling over the bad memories and extending your own misery.

Here is the initial: On Making Today A Little Better For Yourself